You are here: Home / Israel / Trembling and Fear 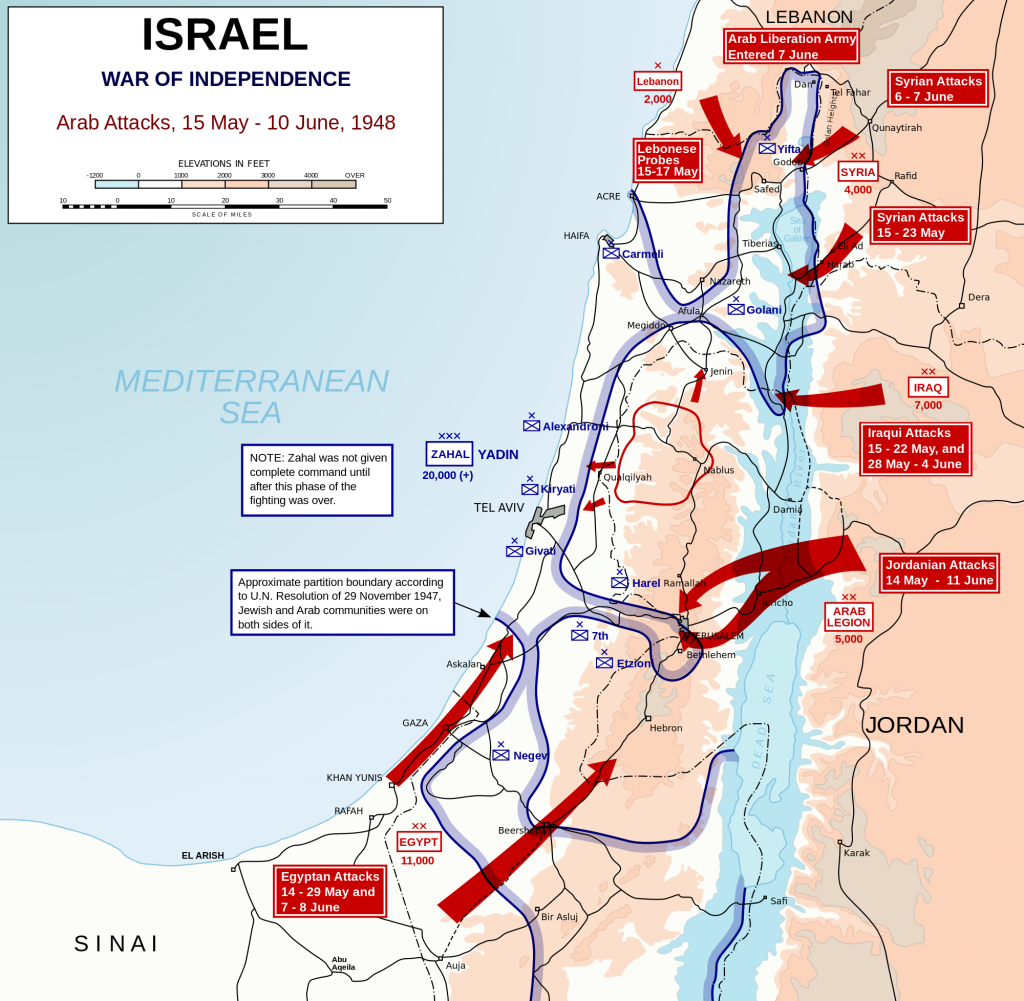 Ezekiel was not the only prophet who had foreseen the modern-day state of Israel.  Although the verses that were covered within Ezekiel in the previous section contain the clearest description of the events leading up to their rebirth in unbelief (see Restored with Fury), many other prophets actually went beyond that point and foretold the events and world conditions that the regathered nation of Israel would experience in the last days.  It is here that the predictions become especially fascinating, because they tell of a time of trembling and fear for the restored nation and not peace.

When Jeremiah prophesied of the rebirth of Israel, the revelation that he received shocked him because of the unexpected and severe conditions that the Lord said would accompany the event.  In chapter 30 this is what he writes:

“For, lo, the days come, saith the Lord, that I will bring again the captivity of my people, Israel and Judah, saith the Lord; and I will cause them to return to the land that I gave to their fathers, and they shall possess it.

“And these are the words, that the Lord spoke concerning Israel and concerning Judah.

“For thus saith the Lord, We have heard a voice of trembling, of fear, and not of peace.

“Ask now, and see whether a man doth travail with child?  Why do I see every man with his hands on his loins, like a woman in travail, and all faces are turned into paleness?

“Alas! for that day is great, so that none is like it; it is even the time of Jacob’s trouble, but he shall be saved out of it.”

Many authors have written about the current state of Israel and scoffed at the possibly of it being a fulfillment of prophecy, primarily because of their continued unbelief and also because the nation’s existence has been so dependent on a strong military and not God.  Jeremiah too may have assumed that when Israel was ultimately regathered the people and the nation would return to faith and obedience and experience immediate blessings from God.  However, the Lord reveals here that instead of blessing awaiting them, there would actually be a time of unprecedented trouble when they return to the land.  The scoffers simply have not understood these prophecies dealing with Israel in the last days.  If they did understand what was predicted by Jeremiah and others, then the modern-day state of Israel would be seen as a dramatic fulfillment of the power of God…[read entire article]

The final aspect of the prophecies that relate to the effects of nuclear war is the widespread pollution of land and water by radioactive fallout, dust from the explosions and … END_OF_DOCUMENT_TOKEN_TO_BE_REPLACED

In the previous sections, we have seen that everything the Bible describes as being a characteristic of the Great Tribulation also correlates precisely to what is now expected … END_OF_DOCUMENT_TOKEN_TO_BE_REPLACED

Scorpions of Death As we have seen in previous sections, one of the main consequences of a nuclear explosion happening at or near ground level is that millions of tons of … END_OF_DOCUMENT_TOKEN_TO_BE_REPLACED

The Trumpet Judgments In the book of Revelation, the Apostle John records terrible visions of nuclear weapons causing vast destruction at the end of the age through the … END_OF_DOCUMENT_TOKEN_TO_BE_REPLACED

Although the formation of a mushroom cloud has become the most recognizable feature of a nuclear explosion (see previous section), it is actually not the generation of smoke … END_OF_DOCUMENT_TOKEN_TO_BE_REPLACED

The effects of nuclear weapons have been studied extensively since the initial use of atomic bombs upon Japan in 1945. As the pillars of smoke rose above the decimated cities … END_OF_DOCUMENT_TOKEN_TO_BE_REPLACED

Fire, Smoke, and Brimstone The Battle of Armageddon is predicted to be the last and greatest conflict of mankind. Even the non-believing world has adopted this Biblical term … END_OF_DOCUMENT_TOKEN_TO_BE_REPLACED