You are here: Home / Israel / The Time of Messiah’s Coming 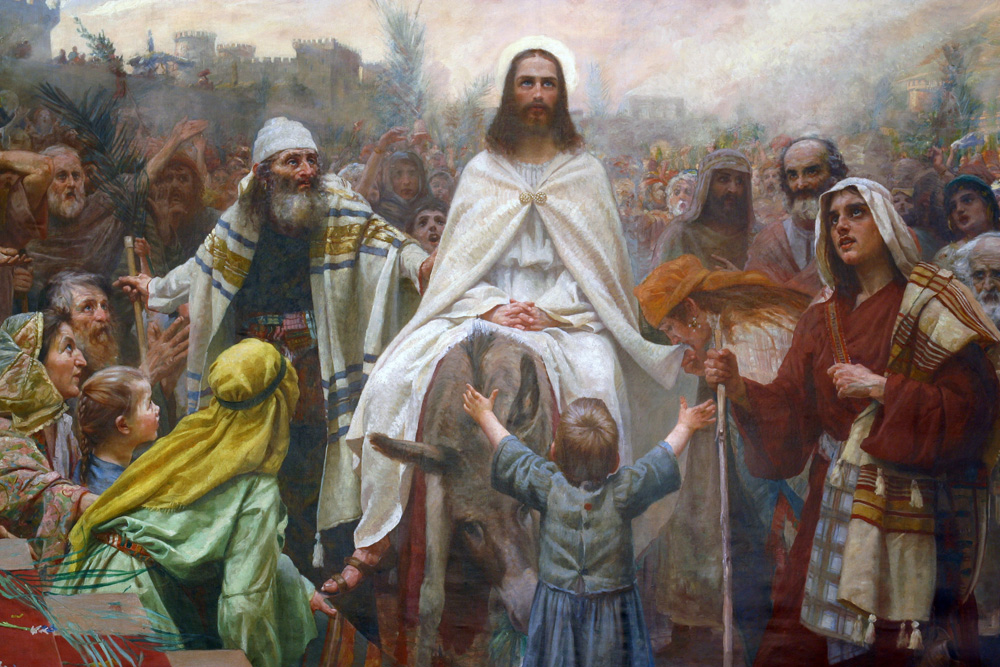 The assignment of a starting date to Daniel’s prophecy of the Seventy Weeks (see the previous sections) now allows us to calculate the future course of the prophecy precisely as Gabriel described it in Dan. 9:24-27. Using the combination of prophetic and historical information, we can say with certainty that the starting point for Daniel’s prophecy began on the first day of Nisan, which correlates to what would have been according to the Gregorian calendar, March 14, 445 BC. This date thus becomes the primary point of reference for the entire prophecy of the Seventy Weeks.

Also apparent in the description of the events within the prophecy is the fact that the Seventy Weeks period would be further divided into three distinct parts first consisting of a 7-week period, followed by a much longer 62-week interval, and finally ending in a short segment of 1 week. In Daniel 9:25 we are further told that the length of time from the starting date (March 14, 445 BC) until the time that Messiah would come or be revealed would be exactly 69 weeks (7 weeks plus 62 weeks—or “seven weeks, and threescore and two weeks” in the King James wording of the prophecy).

This is an outstanding prediction! What this means is that Daniel recorded from Gabriel’s words the exact date that the Messiah would make his appearance to the nation of Israel. As incredible as it may sound, anyone willing to read and believe these words and then watch for the unfolding of future events in order to pinpoint the starting date of the prophecy would also know precisely when the Messiah would come. In fact, anyone living after Nehemiah’s time should have known from his words and Daniel’s prophecy the exact date that Christ would be revealed to the nation. Thus, the Old Testament predicted not only the coming of the Savior and many of the major events surrounding his life, but it also predicted the very day He would arrive. No other book has contained within it the power of God through prophecy like that of the Bible. The fact that the timing of the Messiah’s coming was foretold is also the reason why Jesus rebuked the Jews during His final days for not knowing the time of their visitation:

“And when he was come near, he beheld the city, and wept over it,

Saying, If thou hadst known, even thou, at least in this thy day, the things which belong unto thy peace! but now they are hid from thine eyes.

For the days shall come upon thee, that thine enemies shall cast a trench about thee, and compass thee round, and keep thee in on every side,

And shall lay thee even with the ground, and thy children within thee; and they shall not leave in thee one stone upon another; because thou knewest not the time of thy visitation.”

Knowing therefore that the interval between the king’s decree in Nehemiah to rebuild Jerusalem and the coming of the Messiah would be exactly 69 weeks, we can then calculate the total length of time that would elapse until His arrival. This calculation works out to be precisely 173,880 days. This result comes simply from multiplying 69 by 7 years (because this segment of the prophecy is really 69 sets of 7 years), and then multiplying that product by 360 days/year (which is the length of the traditional Jewish year).

The use of 360 days per year instead of 365 is based upon the Old Testament Jewish calendar, which contained at its foundation 12 months of 30 days in each year. To correct for the almost 5 days-per-year error from a true solar year, a leap month was added at the end of every six years. This additional month served to keep the correlation between the months and seasons reasonably accurate. Everything in Israel’s national life as well as in the practice of Judaism revolved around an accurate keeping of their calendar. The Jewish year governed when the Sabbaths and High Holy Days would occur, when feasts, celebrations and sacrifices would occur, and even when the planting and harvesting of crops would be done. The Jewish calendar as it related to Temple worship was precisely prescribed in the writings of Moses. The calendar even governed the course of many prophecies, especially Daniel’s prophecy of the Seventy Weeks…[read the entire article]

The final aspect of the prophecies that relate to the effects of nuclear war is the widespread pollution of land and water by radioactive fallout, dust from the explosions and … END_OF_DOCUMENT_TOKEN_TO_BE_REPLACED

In the previous sections, we have seen that everything the Bible describes as being a characteristic of the Great Tribulation also correlates precisely to what is now expected … END_OF_DOCUMENT_TOKEN_TO_BE_REPLACED

Scorpions of Death As we have seen in previous sections, one of the main consequences of a nuclear explosion happening at or near ground level is that millions of tons of … END_OF_DOCUMENT_TOKEN_TO_BE_REPLACED

The Trumpet Judgments In the book of Revelation, the Apostle John records terrible visions of nuclear weapons causing vast destruction at the end of the age through the … END_OF_DOCUMENT_TOKEN_TO_BE_REPLACED

Although the formation of a mushroom cloud has become the most recognizable feature of a nuclear explosion (see previous section), it is actually not the generation of smoke … END_OF_DOCUMENT_TOKEN_TO_BE_REPLACED

The effects of nuclear weapons have been studied extensively since the initial use of atomic bombs upon Japan in 1945. As the pillars of smoke rose above the decimated cities … END_OF_DOCUMENT_TOKEN_TO_BE_REPLACED

Fire, Smoke, and Brimstone The Battle of Armageddon is predicted to be the last and greatest conflict of mankind. Even the non-believing world has adopted this Biblical term … END_OF_DOCUMENT_TOKEN_TO_BE_REPLACED