You are here: Home / Principles of Prophecy / The Source of all Prophecy 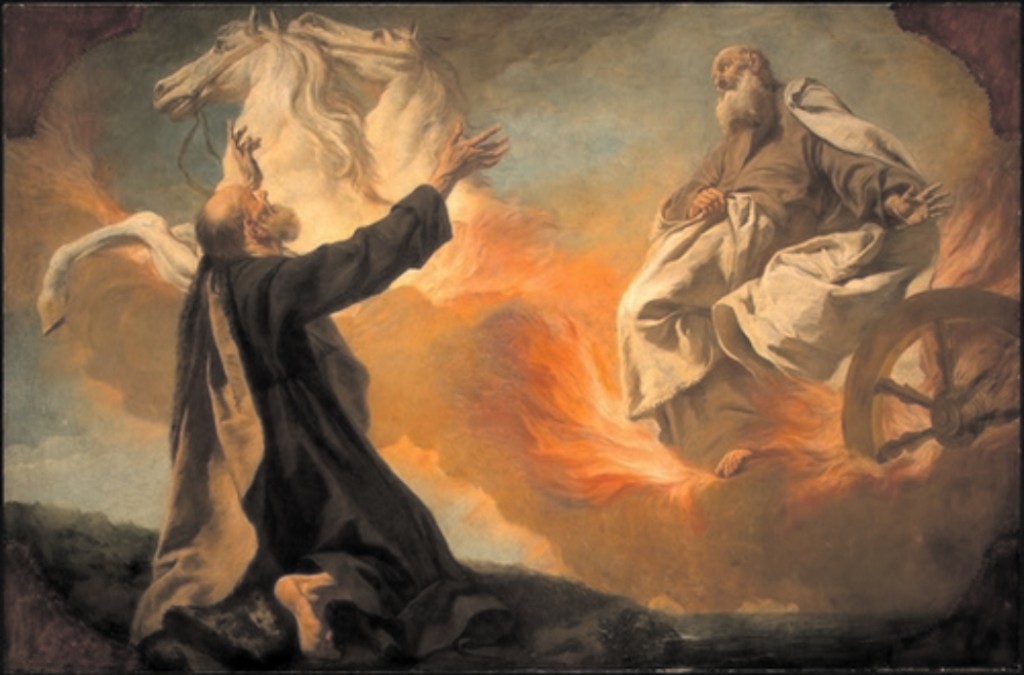 Many people say that there is no evidence of God’s existence.  They say that the universe and everything in it including life came about purely by chance with no divine intervention.  It is true that the human eye cannot perceive God, nor can anyone demonstrate his reality by causing him to be revealed, but what most people fail to understand is that the Lord has provided proof of his existence through an irrefutable series of amazing predictions.  Instead of showing his power for the casually curious as though he was a mere circus performer, he rather has chosen to place in the Bible predictions of future events, which eventually would come true as surely as the rising of the sun.  To those that scoff at the existence of God or the inspiration of the Bible, consider this honestly: what more spectacular proof could God offer of his existence than the detailed prophecies of a future that only an all-knowing Creator could reveal?  In the book of Isaiah God says plainly:

“Behold, the former things are come to pass, and new things do I declare; before they spring forth I tell you of them”.

Astrologers and those who claim to have extra sensory perception (ESP) continually try to see into the future.  Daily astrological forecasts in local newspapers and popular radio talk shows with ESP-empowered psychics ready to answer any inquiry attract millions with their supposed powers.  Weekly tabloid magazines continually have predictions prominently displayed on their covers, claiming knowledge of future events that are foretold for the coming years.  Some of them even contain predictions claiming to foreshadow the end of the world and the return of Christ.  But how accurate are their alleged abilities and predictions?

In 2005, the Sun magazine inserted a prophecy section within their April 4 issue that contained a number of predictions for that year and beyond.  These are some of the events that were predicted:

1. A huge tsunami in the Pacific Ocean will hit the west coast of the United States between Los Angeles and San Francisco, causing extensive damage and loss of life in the thousands.

3. There will be an assassination attempt on President George W. Bush, severely injuring him and Vice President Dick Cheney will take power.

Did any of these predictions come to pass?  Now that a number of years have passed since the predicted point that most of these events were supposed to occur, it is easy to see that their accuracy was nearly zero…[read entire article]

The final aspect of the prophecies that relate to the effects of nuclear war is the widespread pollution of land and water by radioactive fallout, dust from the explosions and … END_OF_DOCUMENT_TOKEN_TO_BE_REPLACED

In the previous sections, we have seen that everything the Bible describes as being a characteristic of the Great Tribulation also correlates precisely to what is now expected … END_OF_DOCUMENT_TOKEN_TO_BE_REPLACED

Scorpions of Death As we have seen in previous sections, one of the main consequences of a nuclear explosion happening at or near ground level is that millions of tons of … END_OF_DOCUMENT_TOKEN_TO_BE_REPLACED

The Trumpet Judgments In the book of Revelation, the Apostle John records terrible visions of nuclear weapons causing vast destruction at the end of the age through the … END_OF_DOCUMENT_TOKEN_TO_BE_REPLACED

Although the formation of a mushroom cloud has become the most recognizable feature of a nuclear explosion (see previous section), it is actually not the generation of smoke … END_OF_DOCUMENT_TOKEN_TO_BE_REPLACED

The effects of nuclear weapons have been studied extensively since the initial use of atomic bombs upon Japan in 1945. As the pillars of smoke rose above the decimated cities … END_OF_DOCUMENT_TOKEN_TO_BE_REPLACED

Fire, Smoke, and Brimstone The Battle of Armageddon is predicted to be the last and greatest conflict of mankind. Even the non-believing world has adopted this Biblical term … END_OF_DOCUMENT_TOKEN_TO_BE_REPLACED