You are here: Home / The Return of Christ / The Rapture Controversy 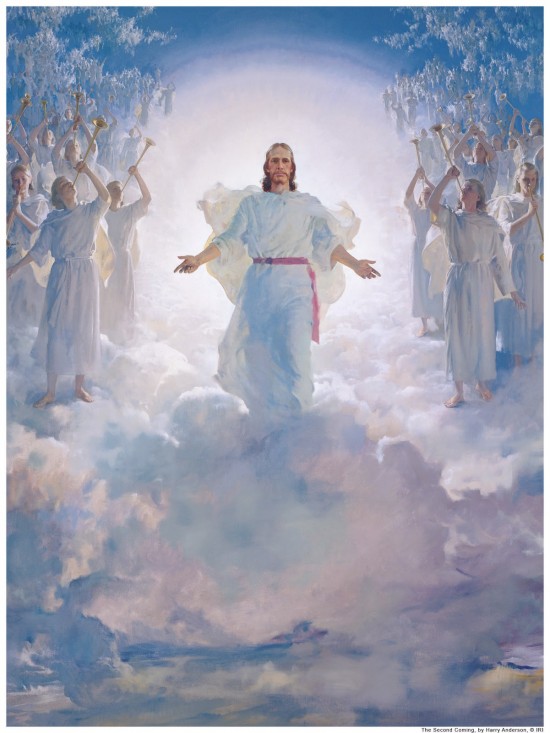 The return of Christ along with the rapture will herald one of the greatest transformations of life and society human beings will ever experience. The doom and gloom of the vast nuclear holocaust of World War III will suddenly give way to the brightness of a new age of prosperity and peace that will be unparalleled in history. The violent ruination of the Great Tribulation that will nearly destroy all planetary life is going to be abruptly halted by the power of God himself. According to the prophets, the entire earth will then be cleansed and restored to the ecological perfection which existed only in the Garden of Eden.

However, if all life is really going to be threatened in the coming nuclear holocaust, who will survive, even among the followers of Christ, to repopulate this great new world? The answer to this question involves an event that should be the greatest hope of every believer—the literal and bodily resurrection of the dead. According to the Bible, having faith in Jesus does not just result in temporal benefits during a believer’s lifetime, but also carries with it the tremendous promise of eternal life in the ages to come. This vision of immortality is not the Hollywood version of an ethereal or spiritual existence in heaven that many people imagine of life after death. The true Biblical notion of everlasting life can only be realized at the Second Coming.

The Bible says that when Jesus appears every person who has ever believed in him, no matter when they may have lived, will be instantly raised from the dead and given new, immortal bodies. In addition, any Christians who may have survived in the world until the Lord comes will also have their mortal bodies spectacularly changed. This means that when the Bible speaks of salvation it is not merely referring to “going to heaven” when you die. That view is a common misconception that many people make concerning the Bible. Rather than leaving the dead on a cloud in heaven living some kind of ghostly existence with harps and wings, the Bible points directly to the hope of a literal and physical resurrection that will involve new super-bodies, which are incorruptible and never able to die again.

The verses that describe this event refer to it variously as the resurrection, the harvest or reaping of the earth, or simply as the gathering together of the believers at the end. In our day, this same event is commonly known as the “rapture”. In reality, however, the term rapture is not even found in the Bible. It became attached to the event through a description in the New Testament relating to the “catching up” of believers when Christ returns (1 Thessalonians 4:17). Regardless of what it is called, the promise of victory over the grave is the very essence of every believer’s faith…[more]

The final aspect of the prophecies that relate to the effects of nuclear war is the widespread pollution of land and water by radioactive fallout, dust from the explosions and … END_OF_DOCUMENT_TOKEN_TO_BE_REPLACED

In the previous sections, we have seen that everything the Bible describes as being a characteristic of the Great Tribulation also correlates precisely to what is now expected … END_OF_DOCUMENT_TOKEN_TO_BE_REPLACED

Scorpions of Death As we have seen in previous sections, one of the main consequences of a nuclear explosion happening at or near ground level is that millions of tons of … END_OF_DOCUMENT_TOKEN_TO_BE_REPLACED

The Trumpet Judgments In the book of Revelation, the Apostle John records terrible visions of nuclear weapons causing vast destruction at the end of the age through the … END_OF_DOCUMENT_TOKEN_TO_BE_REPLACED

Although the formation of a mushroom cloud has become the most recognizable feature of a nuclear explosion (see previous section), it is actually not the generation of smoke … END_OF_DOCUMENT_TOKEN_TO_BE_REPLACED

The effects of nuclear weapons have been studied extensively since the initial use of atomic bombs upon Japan in 1945. As the pillars of smoke rose above the decimated cities … END_OF_DOCUMENT_TOKEN_TO_BE_REPLACED

Fire, Smoke, and Brimstone The Battle of Armageddon is predicted to be the last and greatest conflict of mankind. Even the non-believing world has adopted this Biblical term … END_OF_DOCUMENT_TOKEN_TO_BE_REPLACED