You are here: Home / Mark of the Beast / Smart Cards 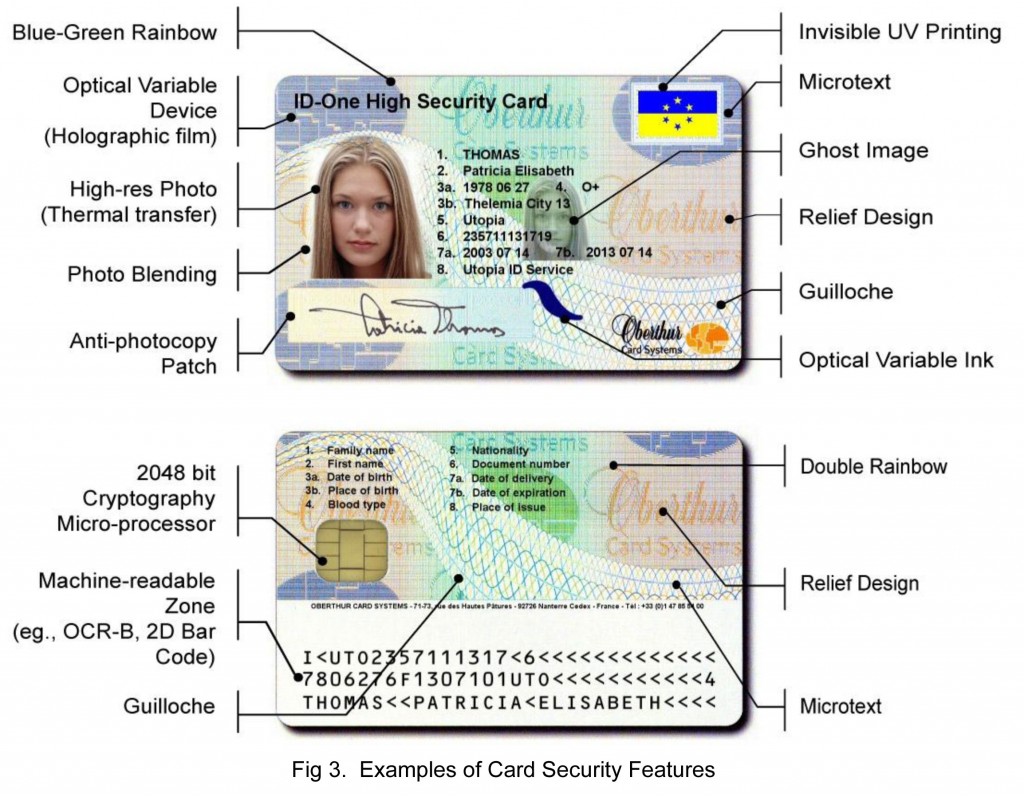 As the world moves toward a cashless financial system and ultimately the Mark of the Beast to validate identities (see The Identification Problem), a significant new technology has been developed that will partially solve the problem of identity fraud.  This invention is so important that it may also represent one of the last stages in the evolution of Electronic Funds Transfer (EFT) before the Mark arrives.  In no case is the merging of microprocessors and credit card technology better seen than in the development of what has become known as the smart card.  Originally a French invention made in 1974 by Roland Moreno, this major advance in credit and debit card technology is proving to be the answer to making the cashless society a reality while reducing the risk of electronic theft.

By the late 1970s, companies were beginning to create methods for using secure microcontrollers and integrated circuits placed within cards for cashless operations in commerce.  By 1984, the first trials of smart cards for use in Automated Teller Machines (ATMs) were completed in Europe and met with enthusiastic success.  In those early days of smart card development, Robert McIvor writing for Scientific American said,

“Within a year it may be possible to carry much of the power of a personal computer in one small compartment of a billfold.  It will reside in a device called a smart card: one or more microelectronic chips mounted in a piece of plastic the size of a credit card” (Scientific American, Nov. 1985, p. 152).

Over the next 25 years, advances in electronic technology made circuitry become ever smaller and denser, while the computing power of microprocessors grew almost exponentially (see The Cashless Society).  For instance, the science of microelectronics has shrunk the size of a computer down from stationary, room-sized behemoths weighing thousands of pounds, to portable devices such as smart phones that you can easily carry in your pocket.  In addition, the computing power of microprocessors has grown from performing at most thousands of calculations per second to performing up to trillions of calculations per second.  Processors today are capable of rendering advanced graphics, high resolution video, or virtually any other processing function imaginable.

In the mid-1980s, the microprocessor chip and the credit card were successfully merged into what became known as the smart card.  Concurrent with the same electronic revolution that had given rise to the central processing unit (CPU), the birth of the smart card was the equivalent of a computer sandwiched within the thin plastic layers of an otherwise normal looking credit card.  Within each smart card were placed one or more silicon chips which were each less than eleven-thousandths of an inch thick.  Etched on the chips’ surface was the electronic circuitry necessary to transform plastic money into an intelligent and programmable instrument of commerce [read full article].

The final aspect of the prophecies that relate to the effects of nuclear war is the widespread pollution of land and water by radioactive fallout, dust from the explosions and … END_OF_DOCUMENT_TOKEN_TO_BE_REPLACED

In the previous sections, we have seen that everything the Bible describes as being a characteristic of the Great Tribulation also correlates precisely to what is now expected … END_OF_DOCUMENT_TOKEN_TO_BE_REPLACED

Scorpions of Death As we have seen in previous sections, one of the main consequences of a nuclear explosion happening at or near ground level is that millions of tons of … END_OF_DOCUMENT_TOKEN_TO_BE_REPLACED

The Trumpet Judgments In the book of Revelation, the Apostle John records terrible visions of nuclear weapons causing vast destruction at the end of the age through the … END_OF_DOCUMENT_TOKEN_TO_BE_REPLACED

Although the formation of a mushroom cloud has become the most recognizable feature of a nuclear explosion (see previous section), it is actually not the generation of smoke … END_OF_DOCUMENT_TOKEN_TO_BE_REPLACED

The effects of nuclear weapons have been studied extensively since the initial use of atomic bombs upon Japan in 1945. As the pillars of smoke rose above the decimated cities … END_OF_DOCUMENT_TOKEN_TO_BE_REPLACED

Fire, Smoke, and Brimstone The Battle of Armageddon is predicted to be the last and greatest conflict of mankind. Even the non-believing world has adopted this Biblical term … END_OF_DOCUMENT_TOKEN_TO_BE_REPLACED

Therefore thou shalt keep the commandments of the Lord thy God, to walk in his ways, and to fear him.
Deuteronomy 8:6
DailyVerses.net