You are here: Home / Israel 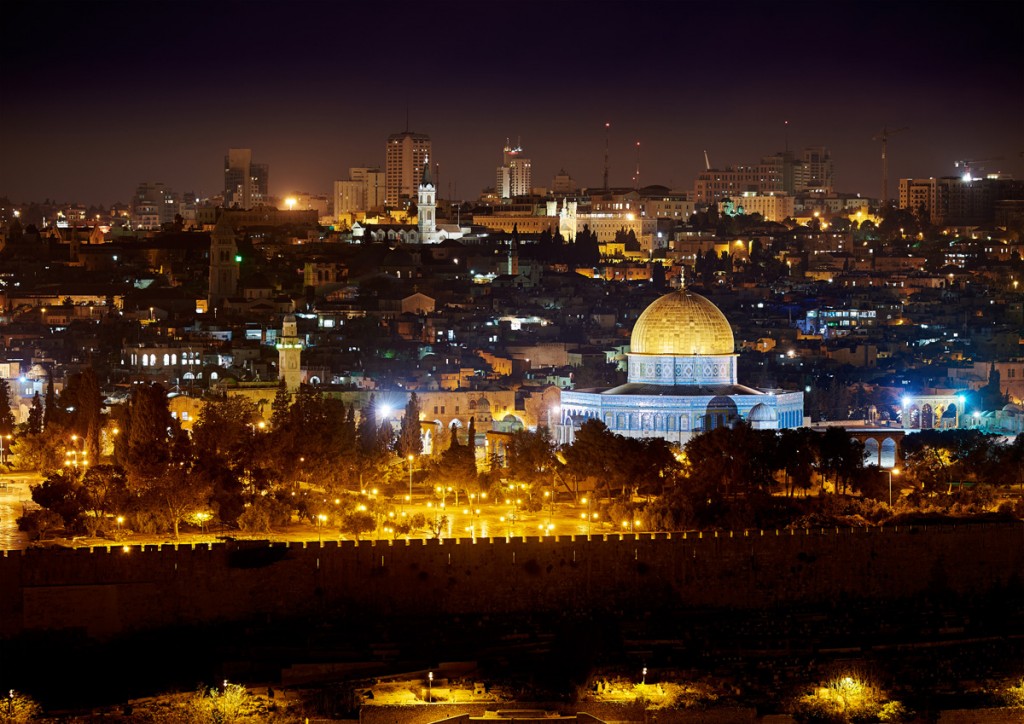 The prophecies about Israel are the key to understanding everything that is happening in our world today. More End Times prophecies deal with the nation of Israel than any other subject. In the Last Days, Israel will become the main focal point for all the major events that will occur before Christ Returns. From God’s perspective, Israel is brought back to their land to judge them and eventually save them at the end. From man’s perspective, the nation of Israel will become the main trouble spot that starts World War III. The sections on Israel describe all the fascinating End Times prophecies dealing with the Jews, which finally lead right up to the Second Coming of Christ.

The Key to End Times Prophecy

Since the time of Christ, virtually every generation has had some people who believed that the Second Coming was at hand. Like the boy who cried wolf in the famous fairy tale, these would-be heralds of the return of Christ have generated only disdain and disbelief from their listeners. Those who have become familiar with “the end is near” teachings tend to consider people who preach such a message as being like the cultist caricatures often drawn in cartoons. The image of the bearded man dressed in a white sheet and carrying a sign reading, “The World Ends Tomorrow,” somehow does not conjure up a vision of a believable prophet. Anyone daring to say that we now live in the last days automatically runs the risk of being rejected by those who have heard the wolf story once too often.

Why is it so many people have attempted to predict the time of Christ’s coming, but no one has been correct in over 1900 years? The majority of false predictions can be related to one thing that has characterized almost every generation since the first coming of Christ, namely troublous times. Jesus prophesied that before his return the world would experience a continual barrage of “wars and rumors of wars” where “nation shall rise against nation” (Matt. 24:6-8). He also said that there would be great outbreaks of disease and famine, and tremendous earthquakes occurring all over the globe.

Recorded history testifies that there has never been a generation free of these evils. Somewhere in the world, there always will be people found suffering the ravages of one or more of the calamities Jesus described. Before you can finish this page, bullets will have been fired at opposing armies, many will have died due to famine or disease, and the chances are very good that a seismograph somewhere in the world will have measured another earthquake tremor.

In Paul’s day, the church at Thessalonica was experiencing so much persecution that he had to write and correct their mistaken belief that they were in the midst of the Great Tribulation (2 Thess. 2:1-2). If Christians could have been wrong about the nearness of the Lord’s coming at the time when the apostles still were around, is it so surprising that some have cried wolf at other periods of great upheaval? Imagine what it must have been like living in Europe during the devastation of the Black Plague when historians say that up to 70 million people perished. How many people, I wonder, thought that the plague was a sign of the end of the age? How many times did someone predict that the coming of Christ was at hand as friends, family, and nations perished? Even in this century, World War I caused many believers to warn that Armageddon had begun. Similarly, World War II had many people believing that Hitler was the Antichrist.

Now that we can look back and snicker at past foolishness while perhaps even understanding previous errors in judgment, I nevertheless see Christians still raising an eyebrow at almost every news story—somehow attempting to attribute end times significance to each event. When will people learn that not all things can be made to fulfill end times prophecy and that every evil event is not a sign of the Lord’s imminent coming?

Despite all the confusion that has been perpetrated in the past as a result of inaccurate interpretations or frightened or overzealous believers, the Bible has left us with one particular sign that can put to rest any and all uncertainties concerning the nearness of Christ’s return. This one prophecy has the makings of a sign so powerful and so unique that no other condition in the world can compare with its fulfillment. In fact, the Lord himself says that the realization of this single prophecy will stand out like a signpost in the last days for all the nations to see. No one will be able to deny that when this event occurs, a sign signaling the end of the age will have come upon the world.

That sign is the rebirth of the nation of Israel. On May 14, 1948, the ancient country of Israel was spectacularly reestablished in the land of Palestine. According to the Bible, this one event more than any other possible events occurring in the world today, should warn us that the coming of Christ is near.

Past generations couldn’t point to the existence of Israel as a prophetic fulfillment, because for countless centuries the Jews have been scattered among the nations of the world. They have been a people without a homeland; unwanted and persecuted everywhere they wandered. In fact, without the existence of the nation of Israel, the return of Jesus would still be a hope for some future time. With Israel’s rebirth now a reality, however, we can say without reservation that our generation has witnessed the greatest fulfillment of prophecy since Christ first walked the Earth.

The predictions in the Bible concerning the Jews and the nation of Israel are incredible. Throughout this section, we will see that the Jewish people are unique among all the nations of the world, chosen by God to fulfill a particular purpose and mission. We will also learn how they turned their backs on the Lord and were scattered out of their land, living for thousands of years as a people without a country. Finally, we will discover that the Bible clearly predicted their rebirth as a nation in 1948 and how that single event is driving the world toward the return of Christ.

Next:  The Blessing and the Curse

The final aspect of the prophecies that relate to the effects of nuclear war is the widespread pollution of land and water by radioactive fallout, dust from the explosions and … END_OF_DOCUMENT_TOKEN_TO_BE_REPLACED

In the previous sections, we have seen that everything the Bible describes as being a characteristic of the Great Tribulation also correlates precisely to what is now expected … END_OF_DOCUMENT_TOKEN_TO_BE_REPLACED

Scorpions of Death As we have seen in previous sections, one of the main consequences of a nuclear explosion happening at or near ground level is that millions of tons of … END_OF_DOCUMENT_TOKEN_TO_BE_REPLACED

The Trumpet Judgments In the book of Revelation, the Apostle John records terrible visions of nuclear weapons causing vast destruction at the end of the age through the … END_OF_DOCUMENT_TOKEN_TO_BE_REPLACED

Although the formation of a mushroom cloud has become the most recognizable feature of a nuclear explosion (see previous section), it is actually not the generation of smoke … END_OF_DOCUMENT_TOKEN_TO_BE_REPLACED

The effects of nuclear weapons have been studied extensively since the initial use of atomic bombs upon Japan in 1945. As the pillars of smoke rose above the decimated cities … END_OF_DOCUMENT_TOKEN_TO_BE_REPLACED

Fire, Smoke, and Brimstone The Battle of Armageddon is predicted to be the last and greatest conflict of mankind. Even the non-believing world has adopted this Biblical term … END_OF_DOCUMENT_TOKEN_TO_BE_REPLACED