You are here: Home / The Return of Christ / Evidence from the Simple Words of Jesus

When Christ began to teach his disciples about the end of the age and his return, he did so in a series of parables or symbolic stories.  Several of these from the Gospel of Matthew can be seen to directly relate to some of the main characteristics of the rapture.  They provide evidence from the simple words of Jesus as to what the rapture means and when it will occur.

The Tares and the Wheat

One of the most well-known of these parables is the story of the tares and wheat.  Many people are familiar with this lesson, but they probably don’t realize that it establishes a very important point with regard to the gathering together of believers at the end.

As the story begins, J 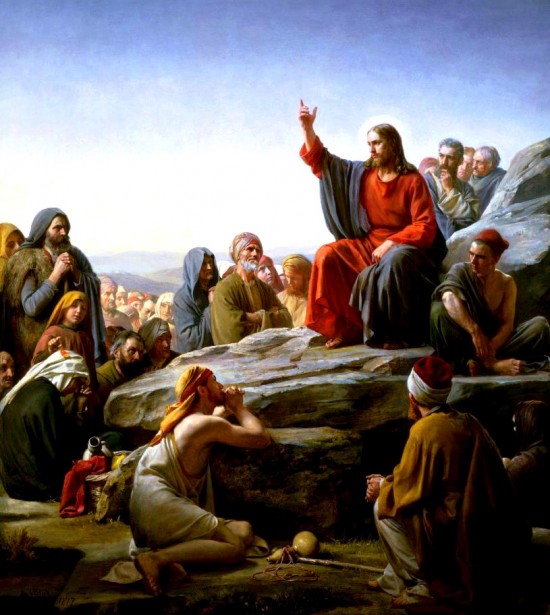 esus describes how a man starts to plant some good seed in his field.  After he was done planting, however, his enemy comes and introduces bad seed into the soil, too.  Once all the seeds begin to grow, it becomes apparent to the people that there was something starting to contaminate the purity of the crop so they asked the owner if they should go out and uproot the weeds.  But the owner replies,

“Nay; lest while ye gather up the tares, ye root up also the wheat with them.

“Let both grow together until the harvest; and in the time of harvest I will say to the reapers, Gather together first the tares, and bind them in bundles to burn them, but gather the wheat into my barn.”

Virtually all of the Lord’s parables either symbolically relate to some aspect of Christian living or teach his followers a prophetic lesson of the things to come.  This parable actually has part of both types within it.  Jesus went on to explain in the same chapter that the tares and the wheat represent not merely crops, but types of people who will make up his church.  He told his disciples that despite his best efforts to establish a pure congregation of followers, there would eventually creep into it a number of nonbelievers.  These evil “tares”, according to the Lord’s explanation, would turn out to be planted by Satan himself.  He also says, though, that both the tares and the wheat should be allowed to remain present in the church until the end of the age when he will then send forth his “reapers” to separate the true believers from the evil imposters.  It is at this point that the parable describes an aspect of the rapture that is very important for our understanding.  This is how Jesus explained it:

“…the harvest is the end of the age; and the reapers are the angels.

“As, therefore, the tares are gathered and burned in the fire, so shall it be in the end of this age.

“The Son of man shall send forth his angels, and they shall gather out of his kingdom all things that offend, and them who do iniquity,

“And shall cast them into a furnace of fire; there shall be wailing and gnashing of teeth.

“Then shall the righteous shine forth as the sun in the kingdom of their Father.  Who hath ears to hear, let him hear.”

The symbolism relating to the “harvest” of the earth is something that is used again and again in the prophecies concerning the rapture.  Just as a farmer would separate the good crops from the chaff (weeds) at the time of harvest…[read full article]

The final aspect of the prophecies that relate to the effects of nuclear war is the widespread pollution of land and water by radioactive fallout, dust from the explosions and … END_OF_DOCUMENT_TOKEN_TO_BE_REPLACED

In the previous sections, we have seen that everything the Bible describes as being a characteristic of the Great Tribulation also correlates precisely to what is now expected … END_OF_DOCUMENT_TOKEN_TO_BE_REPLACED

Scorpions of Death As we have seen in previous sections, one of the main consequences of a nuclear explosion happening at or near ground level is that millions of tons of … END_OF_DOCUMENT_TOKEN_TO_BE_REPLACED

The Trumpet Judgments In the book of Revelation, the Apostle John records terrible visions of nuclear weapons causing vast destruction at the end of the age through the … END_OF_DOCUMENT_TOKEN_TO_BE_REPLACED

Although the formation of a mushroom cloud has become the most recognizable feature of a nuclear explosion (see previous section), it is actually not the generation of smoke … END_OF_DOCUMENT_TOKEN_TO_BE_REPLACED

The effects of nuclear weapons have been studied extensively since the initial use of atomic bombs upon Japan in 1945. As the pillars of smoke rose above the decimated cities … END_OF_DOCUMENT_TOKEN_TO_BE_REPLACED

Fire, Smoke, and Brimstone The Battle of Armageddon is predicted to be the last and greatest conflict of mankind. Even the non-believing world has adopted this Biblical term … END_OF_DOCUMENT_TOKEN_TO_BE_REPLACED