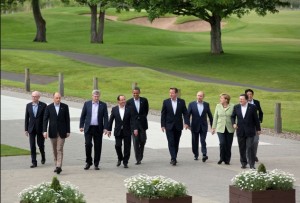 The day that the Antichrist is revealed will be the most fearful and confusing day imaginable.  Even to Christians who know what is happening and look forward to the coming of Christ, it will still be a shock to experience the Antichrist’s rise.  All stability will be suddenly taken out of our lives and apparent chaos left in its place.  By contrast, for the vast majority of people his sudden rise will seem like a dream come true.  Finally reaching the vision of a one-world government and the hope of peace on earth will effectively mask the true character of the Empire-Beast and its leader.

To the believer, however, the coming of the Antichrist will make the prophecies of the last days a stark reality and jolt us out of our comfort zone as nothing else could.  Right now we can somewhat sit back and watch the events of the end unfold without actually being affected by them.  We can be fascinated by reading books on end-times prophecy and listening to news stories which correlate to Biblical predictions.  But when the Antichrist comes, nothing in our lives will remain the same.  The end times will arrive with suddenness whether we are expecting them or not.

This event does not imply that God will somehow lose control.  The Lord knows exactly what he is doing.  In fact, it is only by the will of the Lord that the Antichrist will have any power over the world at all.  Even the very day of his revealing will not occur by chance, but through a carefully laid out plan of God.  Paul told the Thessalonians this about the Antichrist’s rise:

“And now ye know what restraineth that he might be revealed in his time.

“For the mystery of iniquity doth already work; only he who now hindereth will continue to hinder until he be taken out of the way.

“And then shall that wicked one be revealed, whom the Lord shall consume with the spirit of his mouth, and shall destroy with the brightness of his coming…”

The final aspect of the prophecies that relate to the effects of nuclear war is the widespread pollution of land and water by radioactive fallout, dust from the explosions and … END_OF_DOCUMENT_TOKEN_TO_BE_REPLACED

In the previous sections, we have seen that everything the Bible describes as being a characteristic of the Great Tribulation also correlates precisely to what is now expected … END_OF_DOCUMENT_TOKEN_TO_BE_REPLACED

Scorpions of Death As we have seen in previous sections, one of the main consequences of a nuclear explosion happening at or near ground level is that millions of tons of … END_OF_DOCUMENT_TOKEN_TO_BE_REPLACED

The Trumpet Judgments In the book of Revelation, the Apostle John records terrible visions of nuclear weapons causing vast destruction at the end of the age through the … END_OF_DOCUMENT_TOKEN_TO_BE_REPLACED

Although the formation of a mushroom cloud has become the most recognizable feature of a nuclear explosion (see previous section), it is actually not the generation of smoke … END_OF_DOCUMENT_TOKEN_TO_BE_REPLACED

The effects of nuclear weapons have been studied extensively since the initial use of atomic bombs upon Japan in 1945. As the pillars of smoke rose above the decimated cities … END_OF_DOCUMENT_TOKEN_TO_BE_REPLACED

Fire, Smoke, and Brimstone The Battle of Armageddon is predicted to be the last and greatest conflict of mankind. Even the non-believing world has adopted this Biblical term … END_OF_DOCUMENT_TOKEN_TO_BE_REPLACED